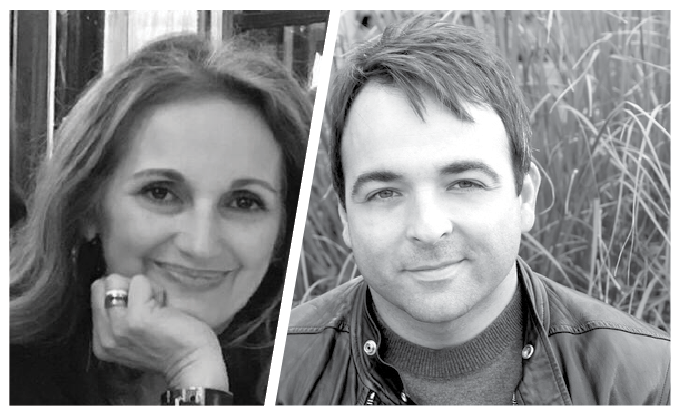 Posted at 10:28h in Uncategorized by Sharon Dorram
Share

In 2009, Sharon Dorram opened Sharon Dorram Color at Sally Hershberger on the Upper East Side of New York City. With over 20 years in the beauty industry, Sharon Dorram is frequently called “colorist to the stars,” with a roster of clients that has included many high-profile celebrities.

Chris Lospalluto has become one of the most highly sought-after hairstylists in Manhattan. He has a special ability to capture the very best of a woman’s innate sense of style and enhance it.

Mr. Lospalluto began his career as a hairstylist with editorial stylist Kevin Mancuso and later moved to John Frieda Salon. He has also worked at Sally Hershberger Salons.

Chris has been featured several times in Allure magazine’s Beauty Directory and its exclusive “The BEST of the BEST” issue. His work has also been recognized in the New York Times, GQ, Elle, Glamour, W Magazine, Cosmopolitan, WWD, In Style, Lucky, Teen Vogue, Gotham, and Martha Stewart Weddings.

Sophie Georgiou is a seasoned hair colorist. She began her career in Paris, practicing her craft at salons in the epicenter of French couture. She worked in Paris for 15 years before moving to New York City, where she joined Bruno Dessange. She worked alongside such notable stylists as Bruno Pittini, Odile Gilbert, Michel Alenan, and Serge Normant in a creative hub of ideas and exchange of technique. After time with Jacques Dessange and Peter Coppola, she was asked to come to John Freida, where she first met Sharon Dorram.

Sophie’s balayage coloring technique is a highly skilled balance of blending and contrasts; it produces color remarkable for its definition and dimension, whether it be caramel, amber, California blonde, or natural-looking brunette.

“Their skills, expertise, and personalities are a great addition to our team of talented stylists.”

Sharon Dorram has more than 20 years of experience in the beauty industry and is the owner of Sharon Dorram Color at Sally Hershberger. She studied at Bennington College in Vermont, the Fashion Institute of Technology in New York City, and the Winchester School of the Arts in the United Kingdom. In the late 80s, she trained under Louis Licari, a world-famous hair colorist. Throughout her career, Sharon Dorram has been a spokesperson for many hair care product companies, including multinational brands like Matrix and Nexxus. Sharon was a spokesperson for over 2 years and is now an ambassador for Virtue Labs. She was named the creative consultant for the John Frieda brand in the late 1990s. Through her work, she has earned the title of “colorist to the stars,” by creating beautifully natural color reminiscent of children’s hair and having a star-studded roster of clients including Nicole Kidman, Renée Zellweger, Priyanka Chopra, Hillary Swank, Uma Thurman, and many more. In 2009, she collaborated with celebrity stylist Sally Hershberger to open Sharon Dorram Color at Sally Hershberger.